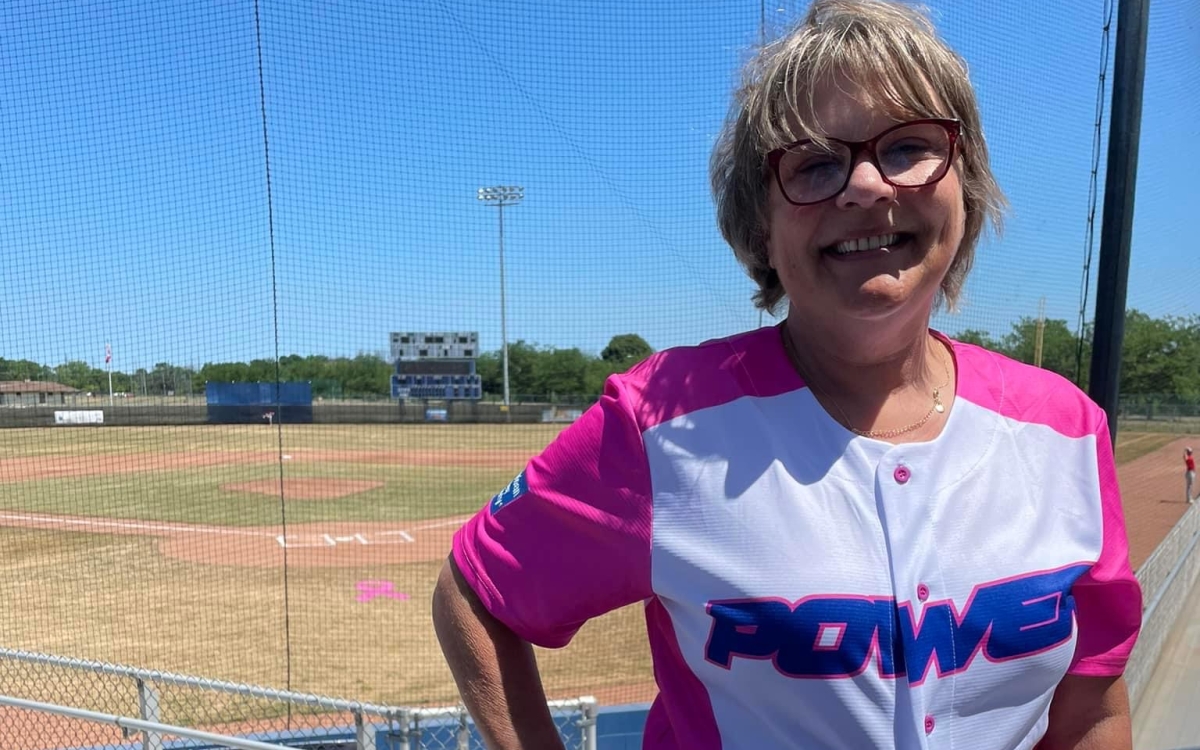 On March 27, 2021, Kathy Krause of the Casella Buffalo Hauling Division went in for a routine mammogram and within days of subsequent tests, she received her breast cancer diagnosis.

Just over a year later, Krause was invited by the Niagra Power, of the Perfect Game Collegiate Baseball League to throw out the ceremonial first pitch as part of the team’s Power Against Cancer promotion at Sal Maglie Stadium. Representing the American Cancer Society and cancer survivors everywhere, the evening was an experience she will never forget.

“To be a part of a celebration that honors survivors was incredible,” shared Krause. “My biggest hope is that I inspire even just one person to go for their annual screening.”

Like many survivors, early detection and quick treatment were key to Krause’s success.

“I started chemotherapy on May 1, and after eight rounds, I got to ring the bell on September 30, signaling the end of my chemo treatment,” said Krause, who celebrated one year cancer free in April. “It was one of the most amazing and proud moments of my life.”

To prepare for her baseball debut, Krause practiced pitching with her 11-year-old neighbor, Ryan, an active baseball player. As an avid bowler with little baseball knowledge, she was determined to throw her best overhand pitch on the big day.

“My pitch was slightly off to the left,” she joked, “But it had the distance, thank goodness!”

At Casella, Krause plays a critical role in operational support, and after her foray into pitching spent the remainder of the evening doing something more closely aligned with her skillset, engaging with local community members on the importance of early detection. She also had the opportunity to meet team players and staff, as well as others in attendance who have battled cancer.

“I am so thankful, after all that I have been through, that I was able to be there to represent not only other survivors, but those that are still fighting the fight,” she said.