Casella expects to conserve over 7,500 gallons of diesel fuel per year with the addition of its first Mack LR Electric refuse vehicle, eliminating over 78 metric tons of greenhouse gas emissions per year, which is equivalent to taking around 16 passenger vehicles off the road.
December 9, 2022
Sustainability 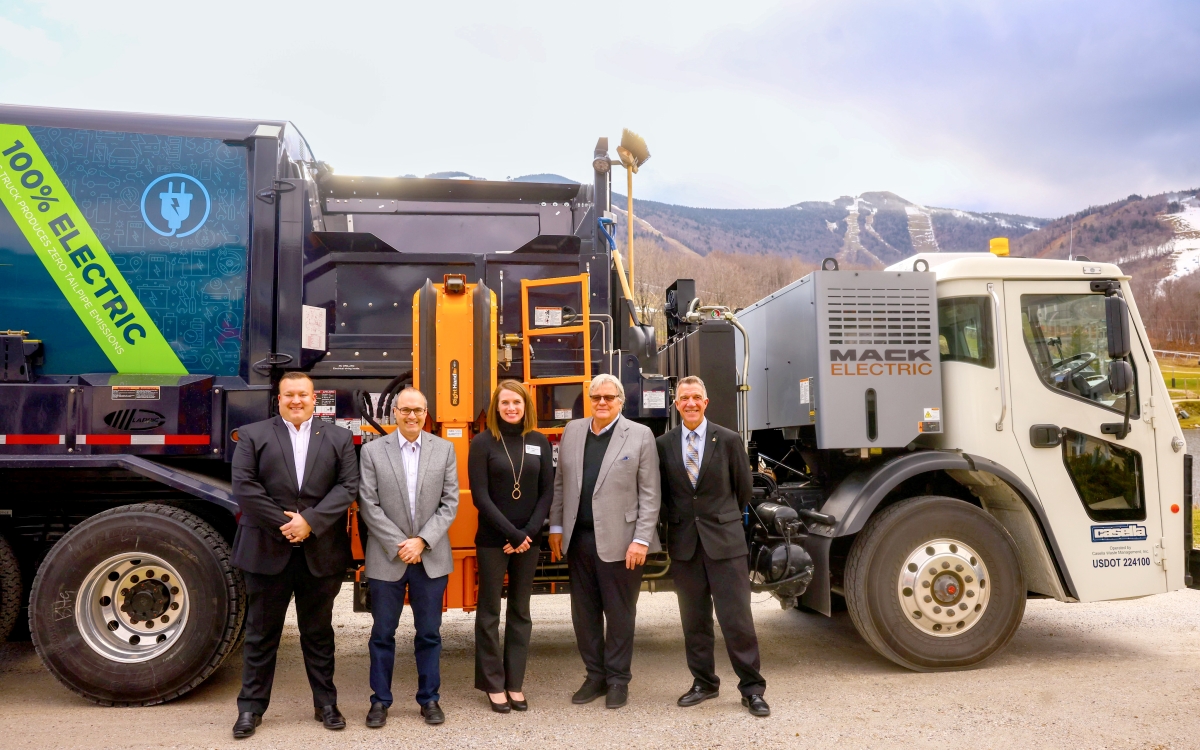 Casella introduced its Mack® LR Electric model, the first electric refuse vehicle in the State of Vermont, in a ceremony at the Killington Grand Hotel in front of over 100 onlookers including local and state representatives, local business leaders, customers, employees, and more.

The event was highlighted by remarks from Vermont Governor, Phil Scott, who referred to the announcement as another exciting step in Vermont’s efforts to electrify the transportation sector.

“The State of Vermont continues to be a leader in electrifying the transportation sector, and I truly believe it’s the future,” Gov. Scott said. “But, the government cannot lead the transition alone. It takes committed partners in the private sector, like Casella, to step up as well. I thank Casella for making this exciting investment, and I look forward to our continued partnerships.”

The Mack LR Electric will be used on residential routes in the Rutland Region and was partially made possible when Casella successfully secured grant funding through the Vermont Department of Environmental Conservation’s Volkswagen Environmental Mitigation Trust. Casella believes that Vermont will provide the right proving ground for the pilot program, testing against the mountainous terrain and cold winters. 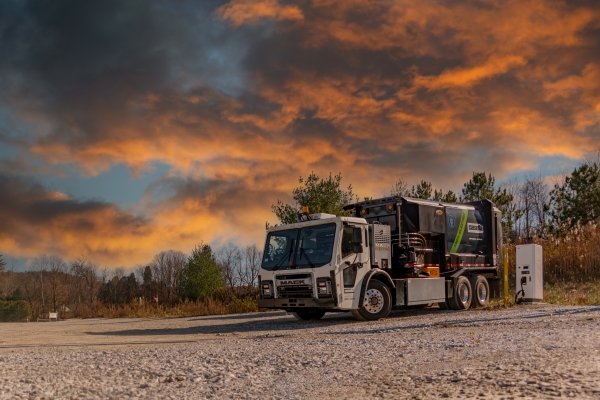 ABOUT OUR MACK LR ELECTRIC

Casella’s LR Electric refuse truck is the first in its fleet and has been equipped with an automated side-loader with a split body for collecting waste and recycling simultaneously.